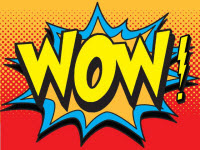 The Wow Factor is that something about a product that causes people to say, ?Wow!?

A Wow Factor is a unique and compelling characteristic that impresses people to the point where they literally say, ?Wow!.? The Wow Factor makes you stand out from the crowd. Wow Factors are usually focused on what you sell and how you sell or service it. Companies can become client-centric and deliver exceptional sales or service. Wow Factors don?t have to be universal. A Wow Factor can exist for a local, regional, national or international product.

Domino’s is the largest pizza chain in the world. Starting in 1973, Domino’s Pizza had a guarantee that customers would receive their pizzas within 30 minutes of placing an order or they would receive the pizzas free. The ?30 minutes or its free? offer is often considered one of the most successful unique selling propositions in history.
Dominos ended the offer in 1993. 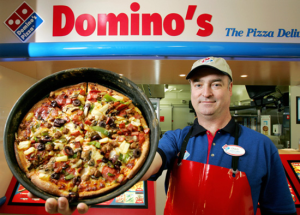 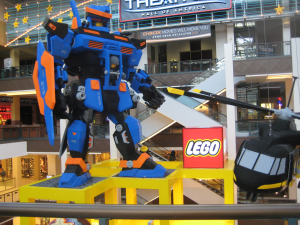 Zappos.com is an online retailer headquartered in Las Vegas. Started in 1999, the company was sold to Amazon in 2009 for $1.2 billion. Zappos is known for its extreme customer service. More than 75% of its business comes from repeat customers. 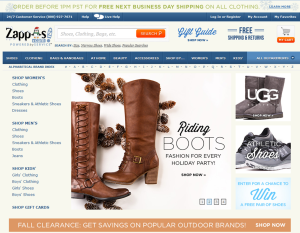 Total Wine & More was founded in 1991 in Delaware. It has 90 locations in 16 states and is the largest
independent fine-wine retailer in the United States. 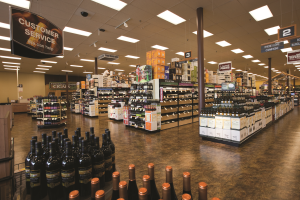 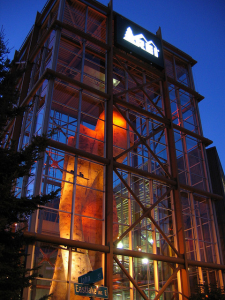 Dale Chihuly is one of America’s best-known glass artists. His glass sculptures are featured in more than 200 museum collections worldwide. 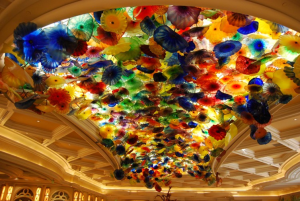 The People?s Burger is a well-known burger in Seattle, WA. According to their website, their namesake burger is “a juicy beef patty not for the faint of heart. There is enough extras to feed a goat for a week. This thing is unstoppable. Beef patty, double cheese, lettuce, tomato, avacado, and a zippy secret sauce. Add an Egg for $1.00.” The People?s Burger is a food truck. The website says, ?At the Peoples burger we pride ourselves on fresh and local ingredients to craft our always delicious burgers. From our hand forged fresh ground beef pattys to our hand cut fries, everything we make is made in house. ? 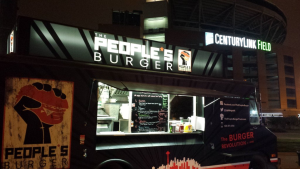 Mercurys Coffee Co. was founded by Morgan Harris in Woodinville, WA in 1998. It has 6 locations and more than 40 employees. It?s location on NE 85th Street in Kirkland, Washington features a unique store design billed as ?America?s Most Architecturally Stunning Drive Thru Coffee Bar.? The parking lot where the building is located is several feet lower than the main street moving 38,000 vehicles per day. The building?s two-story architecture
creates a billboard for cars to see. 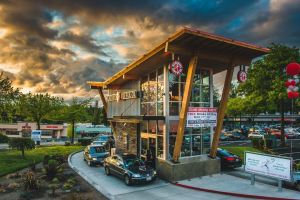